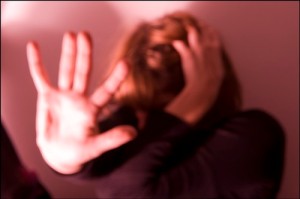 The Inter-American Commission on Human Rights ruled in the 2014 landmark case Jessica Gonzales v. The United States that the United States is in violation of international human rights law by failing to protect women and children from the threat of domestic violence. The drastic need to address these issues was also recently discussed at Fordham University’s 19th annual Forum on Domestic Violence in March 2015, where I spoke with Yi-Jen Chang, Deputy Director of The Matrimonial/Economic Justice Project at Sanctuary for Families, who organized a panel on ‘Risk Assessment and Lethality Factors’ in domestic violence cases. She explained that the most important factors that must be determined in a domestic violence case are safety planning and risk assessment. This needs to be done on multiple levels in cooperation with law enforcement, legal counsel, psychologists and educators, who may discover a violent threat, Chang said. Unfortunately, many victims of domestic violence face major roadblocks when trying to access assistance and aid. By examining the lack of uniform collection of data on domestic violence incidents, the cultural and social factors preventing victims from seeking help and the way our legal system and law enforcement have dealt with threats of domestic violence, it becomes evident that significant improvements are necessary on all levels.

THE PREVALENCE OF DOMESTIC VIOLENCE IN NYC

The discrepancies in these numbers indicate that domestic violence is underreported in New York, perhaps largely due to the many barriers faced by victims of domestic violence when it comes to reporting these incidents and finding sources of aid. These barriers are reinforced by many socioeconomic and cultural factors that prevent women and children from finding legal assistance or reaching out to law enforcement for help. Chang explained that many victims financially rely on their abusers, worry about familial instability from reporting the crime and fear retaliation from their abuser if the police are unable or unwilling to help. She also identified many layers of unique barriers for immigrant women including cultural norms of victim-shaming and blaming, dependence on their abuser for immigration documents, language barriers, misinformation from the abuser about available resources, unsuccessful interactions with law enforcement and fear of being expelled from their community for exposing the violence.

A LACK OF ACCOUNTABILITY

United States courts, from the state level to the Supreme Court, have consistently ruled against victims of domestic violence who have filed lawsuits against law enforcement agencies for failing to protect them against threats of domestic violence. A tragic example of this in New York is the 1968 case, Riss v. City of New York, in which then 21-year-old Linda Riss contacted the police numerous times complaining about violent threats from her ex-lover. The New York Police Department (NYPD) ignored her complaints until her fears culminated in an attack by a thug hired by her ex. This attack caused permanent facial injuries and blinded her in one eye. Riss filed a suit against the NYPD, arguing that they had a duty to protect her against a known threat. But the courts rejected this argument and ruled that police do not have a duty to protect individual members of the public. This ruling leaves women and children who have reported a domestic violence threat unable to file lawsuits against law enforcement when they fail to protect them. Women and children are thus placed in an even more vulnerable position, unable to push for accountability or justice.

The Supreme Court ruled in a similar way in Castle Rock v. Gonzales. In this case, Jessica Gonzales called the Colorado police over four times in one evening, reporting that her three daughters (ages 7, 8 and 10) were missing and that their father had taken them. Jessica had filed a restraining order against her ex-husband after he began acting abusively towards her and her daughters. He was court-ordered to stay away unless it was a scheduled visit. Since no visit was scheduled and her young daughters were missing for hours, Jessica began to panic. Law enforcement officials kept telling her to wait to see if her daughters return. Early the next morning, the father began shooting outside the police station and was gunned down. After the shoot-out, law enforcement found the three dead bodies of her children in the back seat of their father’s car. Despite the gruesome outcome, the Supreme Court held that the presence of a restraining order did not create a mandatory requirement for police to act. The majority opinion, written by Justice Antonin Scalia, argued that, regardless of the mandatory language of the Colorado statute and restraining order, the need for police discretion makes this type of mandatory enforcement impossible. However, the dissent, written by Justice John Paul Stevens, intelligently points out that the Colorado statute purposely chose this ‘mandatory arrest’ language precisely to take away police discretion in analyzing the threat since the presence of a domestic restraining order is indication enough that a threat was present and a law was being broken.

Furthermore, Scalia chose to completely disregard the legislative history of the statute, which pointed out that in specific instances of domestic restraining orders, police are not meant to stop and discern a threat which a court has already discerned. In other words, law enforcement officials are meant to follow the language printed on the restraining order, clearly stating that they are to arrest anyone in violation of it. Ultimately, if law enforcement is not held liable for stopping physical threats, there is no real mechanism to enforce restraining orders. Readings of the law in this manner renders the 300,236 orders of protection issued by New York State Courts in 2013, as documented by official statistics, useless pieces of paper.

In recognition of this, the Inter-American Court of Human Rights held the United States government accountable for human rights violations against Jessica and her three deceased daughters in October 2014. They found that the U.S. violated its obligation to not discriminate and to provide equal protection under Article II of the American Declaration by ‘failing to act with due diligence’ to protect Jessica and her children from violence. The IACHR also concluded that the US is in violation of Article I, VII, and XVIII of the American Declaration for failing to take reasonable measures to protect the life of Jessica’s three daughters.

Since U.S. courts have ruled that victims of domestic violence—even those with restraining orders or orders of protection—rely on the discretion to police officers, in the immediate future, we must have greater training programs for law enforcement, such as the program implemented in Maryland that uses a two-pronged approach to protect and reach out to domestic violence victims. Other solutions include improving social programs in low-income neighborhoods to combat domestic violence, since 42 percent of domestic violence incidents occur in socioeconomically disadvantaged neighborhoods (i.e. those with high rates of unemployment, low high school graduation rates, low median household income and high rates of poverty), according to official statistics.

Ignoring the threat of domestic violence has had detrimental consequences on society as a whole, including a direct negative impact on economic productivity, higher crime rates, cyclical abusive behavior and weaker communities. Long-term advocacy should work towards guaranteeing that victims of domestic violence are ensured protection by law enforcement when they report it, as is required under international human rights law.

Shruti Banerjee is a Staff Writer for Rights Wire.

Rights Wire is the human rights blog of the Leitner Center for International Law and Justice at Fordham Law School.

One thought on “Domestic violence: ensuring protection and accountability”

The views expressed on this blog remain those of the individual authors and are not reflective of the official position of the Leitner Center for International Law and Justice, Fordham Law School or Fordham University.